Del, Rodney, Boycie, Denzil, and Trigger attend a school reunion, but things turn ugly when an old schoolmate turns up...

While Raquel receives a letter from her solicitors about how they've traced her ex-husband, who is considering the filing for a divorce, Del Boy and Rodney receive a fax on their new Futafax machine from Mike that there's a reunion for the 1962 class of the Martin Luther King Comprehensive School (formerly Dockside Secondary Modern) at The Nag's Head.

At the reunion, Del, Rodney, Boycie, Trigger, and Denzil all wonder who arranged it all; the mystery organiser turns out to be despised ex-police officer Roy Slater, who tells his old friends about how the five years he served in prison for the diamond smuggling incident and the death of his father changed him for the better. Del and friends agree to forgive Slater and head back to Nelson Mandela House for drinks and to reminisce about their schooldays. After Denzil, Trigger, and Boycie all go home, Raquel enters the flat and is horrified to see Slater who, it emerges, is her ex-husband. Despite a furious argument between Slater and the group, the Trotters reluctantly let him stay for the night.

Later that night, Del, Rodney, and Uncle Albert discuss what would happen if anyone found out that Raquel was married to the hated Slater, which would result in Del's image being tarnished and many of his associates refusing to do business with him. Del discovers Slater's wallet and finds a post-nuptial agreement intended for Raquel to sign, in which she would waive her rights to his coming inheritance. They also discover another document from a Bond Street diamond merchant, informing Slater about ten diamonds deposited before he was sent to prison. Just as Del thinks he has the upper hand, Slater emerges from the bedrooms and takes back his wallet, which he's been looking for, and with it the evidence.

The next day at the Nag's Head, Raquel enters to find Slater conversing with Mike, and she inquires as to why he's staying around when Del and Rodney enter. Raquel then goes to wait outside in the Trotter van, as Del asks Slater if he'd known all along that Raquel was living with him. Slater casually agrees, revealing to Del that he only organized the "reunion" to get into Del's flat. Del and Rodney then show Slater one of their Futafax machines, which Del says he used to make a copy of Slater's diamond documents. Slater retorts that he has already served his sentence and under double jeopardy cannot be tried for the same crime twice. Del continues that he and Rodney went to the local newspaper offices and read all the reports of Slater's trial, but the reports didn't mention the ten missing diamonds deposited with the dealer. If the incriminating documents were to be sent to the police, it would mean a new trial, and given Slater's record most likely a return to prison. The Trotter Brothers want to make a deal; Slater can keep his money, but he is to give Raquel her divorce, leave Peckham for good, and never mention to anyone that he was married to her.

Slater agrees to the deal and quickly leaves, while Del explains to Rodney that when Slater sells his diamonds, Raquel can divorce him and legally be entitled to 50% of everything. Mike shows up and tells the Trotter Brothers that the photocopier on the Futafax they sold him doesn't work. A laughing Del answers that his doesn't either, meaning that he and Rodney were bluffing to Slater all along. 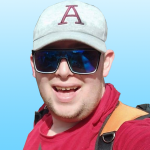